On April 23, 2012, Jonathan Rajewski appeared on Fox44’s evening news. The topic of the conversation surrounded the DNSChanger malware and how on/after July 9th, 2012 those infected won’t be “protected” any longer.

We also discussed how one could check to see if they are infected, remediation steps and best practices to avoid these types of malicious tools. Below is a video of the interview. 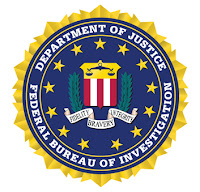 I’ve mentioned this in the past, but the most effective way to disable / prosecute these international offenders is via productive/collaborative efforts by the international “good guy/girl” community. Most malicious actors are decentralized which means we need a collective effort to fight these criminals so they can be brought to justice. The Internet doesn’t recognize national borders, therefore laws on one country doesn’t necessarily translate to another. This is just one of the issues when investigating these types of cases.

Looking back at yesterday’s experience, Brittney Hibbs, the Fox44 reporter asked all of the right questions and made the interview flow very well. I really hope that the Vermont community learned from this broadcast and hopefully checked their home/work computers to see if they were infected.